Through a program of lectures, conferences, courses, and publications, Ireland’s Great Hunger Institute offers a deeper understanding of the causes and consequences of the Irish Famine, also known as “An Gorta Mor.”  The Institute also fosters an appreciation for Irish culture and history.

To encourage original scholarship and meaningful engagement, the institute develops and makes available the Great Hunger Collection, a unique array of primary, secondary and cultural sources, to students and scholars.

The Institute also oversees the newly introduced Irish Studies Minor. Through this program, internships and study visits are available in Ireland. Quinnipiac University has partnerships with Cork University, Maynooth University and Trinity College in Dublin. The Institute has a partnership with Strokestown House in County Roscommon, the home of the National Famine Museum.

This interdisciplinary, and multidisciplinary, program introduces students to the history, people and cultures of Ireland, both pre- and post-Partition. Students choose from a range of courses that provide relevant and rigorous intellectual learning, internships, study trips to Ireland, and a capstone course that utilizes the unique range of Irish sources available within Quinnipiac University.

This minor is suitable for students with interests in the humanities, the arts and the sciences, as well as those interested in colonial and post-colonial studies, conflict resolution, human rights and social justice. Each of these topics, individually and collectively, contributes to our understanding of the diversity, complexity and potential of viewing Irish Studies within a global context. Students are encouraged to spend a semester abroad in an Irish University, but this is not compulsory.

During the course of study, students will be introduced to Irish history, language, law, literature, filmography, journalism, landscape, music, politics, sports, poetry, psychology, art… and more!  Students will also look at the various methodological approaches for understanding Ireland, past, present and future.

Through our Irish Studies Minor, internships and study visits are available in Ireland. Quinnipiac University has partnerships with Cork University, Maynooth University and Trinity College in Dublin. The Institute has a partnership with Strokestown House in County Roscommon, the home of the National Famine Museum. The Institute has offered numerous programs and events related to the Irish Famine, as well as others designed to foster an appreciation for Irish culture and history.

SEE PAST EVENTS AND PUBLICATIONS

The Bad Times - A Graphic Novel

THE BAD TIMES is a graphic novel set during the Irish Famine (or, The Great Hunger), a disaster precipitated by the failure of the potato crop, but exacerbated by the inadequate policies of the British government and the cruelty and opportunism of some landowners and merchants. When the story commences, in late summer 1846, the potato crop is about to fail for a second time. Brigit, Daniel and Liam are three teenage children from the west of Ireland who live through the horrors of the Great Hunger, also known as “the bad times”. Their friendship keeps them strong as they each have to make tough decisions in order to survive.

In any famine, children are one of the groups most vulnerable to mortality. This was the case during Ireland’s Great Famine. In the 1840s, children and the aged made up approximately one-third of the Irish population, yet they accounted for three-fifths of the deaths between 1845 and 1851.
Regardless of the renewed scholarly interest in the Great Famine that has taken place since 1995, little has been written on how children suffered, survived or perished during the tragedy. In contrast, children (and women) have been prevalent in visual representations of the Famine, commencing with James Mahony’s skeletal figures that appeared in ‘The Illustrated London News’ in 1847 and 1849. Children also feature prominently in works of fiction, especially children’s literature. In contrast, there are no publications by historians that examine the impact of the Famine on children.

Children and the Great Hunger breaks this silence. This collection brings together research by scholars on both sides of the Atlantic who explore a number of themes that suggest the varying impact of the Famine on children both in Ireland and overseas. The early chapters demonstrate how government relief, most notably the Poor Law, failed to make special provision or protection for children, treating them as being as ‘undeserving’ of assistance as adults. A consequence of this approach was exceptionally high child mortality, as the chapter, based on a study of the skeletons in the Kilkenny workhouse grave, shows. Other chapters focus on emigration, the loss of language, the maintaining of an Irish (Catholic) identity, folk memories, children’s literature, and writing a Famine curriculum. In keeping with its multi-disciplinary approach, Children and the Great Hunger opens and concludes with reflections by award-winning Irish authors, Marita Conlon-McKenna and Michael Collins.

Overall, Children and the Great Hunger adds to our understanding of the impact of the Great Famine, by seeing it through the eyes of the most vulnerable group in society, who often had little voice or agency. The number of children that perished is shocking, but the fact that so many survived is remarkable. Moreover, those who survived shaped not only post-Famine Ireland, but societies much farther afield. Children and the Great Hunger tells some of their stories, while acknowledging that there are many more still to be told.

The book is available from Cork University Press. To look inside, visit:
https://b2l.bz/pYs7f8

BOOK2LOOK.COM
Children and the Great Hunger in Ireland : Cork University Press
In any famine, children are one of the groups most vulnerable to mortality. This was the case during Ireland’s Great Famine. In the 1840s, children and the aged made up approximately onethird of the Irish population, yet they accounted for threefifths of the deaths between 1845 and 1851. Regardles…

The Great Hunger of 1845 to 1852 has cast a long shadow over the subsequent history of Ireland and its diaspora. Since 1995, there has been a renewed interest in studying this event, by scholars, students, archaeologists, artists, musicians, folklorists etc.  This interest shows no sign of abating. New research, methodologies and approaches have greatly added to our understanding of the causes, impact and legacies of this tragedy.

The focus on the Great Hunger has overshadowed other periods of famine and food shortages in Ireland and their influences on a society in which poverty, hunger, emigration and even death, were part of the life-cycle and not unique to the 1840s.

‘Famines before 1845 and after 1852’ explored the impact of these intermittent crises on the people of Ireland.

Professor Mary Corcoran, of Maynooth University, will speak about food policy, environmental stewardship and the promotion of urban agriculture.

Professor Christine Kinealy, Founding director of Ireland’s Great Hunger Institute at Quinnipiac University, will speak about ‘The Real Famine Queen:  Maud Gonne and the famines of the 1890’s’.

Being Wilde. The importance of being Oscar.

The symposium, on Oscar Wilde, will feature several scholars, including faculty from Quinnipiac University.  Students will be involved by creating posters and displays as well as assisting with planning and organizing the day.  The symposium will highlight the literary contributions and legacy of Oscar Wilde while exploring his family life.  An exhibition will open in the Arnold Bernhard Library Friday, March 20, 2020 and remain open for a year. 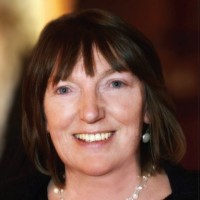 The 360 Navigator is designed to help you understand how you can, with guidance from your advisors, chart your path …

QU Career Connections is the place to go for ALL available jobs and internships, as well as, employer research and …

Unsure of what’s next for your career and who to talk to about it? LinkedIn’s alumni tool makes it super …

Whether you’re exploring majors or searching for information about your chosen field, this website will help you connect majors to …

The 360 Navigator is designed to help you understand how you can, with guidance from your advisors, chart your path …

A visual/interactive representation of the CAS degree requirements is available on this resource. This resource can help you visualize and …

Whether you’re exploring majors or searching for information about your chosen field, this website will help you connect majors to … 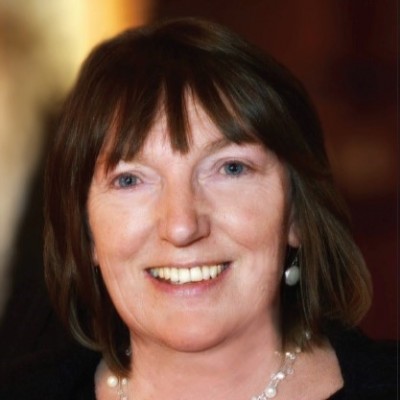