The CAS Advising Commons is available via Zoom for virtual scheduled appointments and "walk-in" service for the Fall 2020 semester. Please click on the banner below to talk with an advisor! 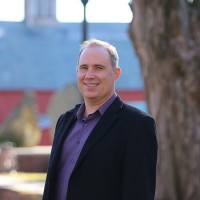 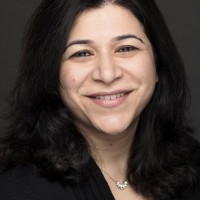 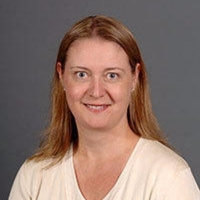 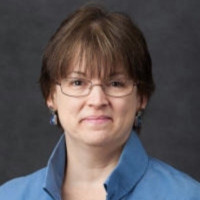 Teaching Experience
Having studied, practiced, and taught law in the US, Kenya, Micronesia, and Japan I have a broad perspective on legal systems. I bring those experiences to my courses and frequently discuss comparative elements of policy with my students. In addition to law and policy I also teach courses in negotiation. Improving on negotiation skills provides lifelong benefits.
Education
Nagoya University Graduate School of Law, Nagoya, Japan, L.L.M. in International Environmental Law, 2001

Pomona College, B.A. in Public Policy Analysis and Biology, 1991
Bar Admissions
California
Commonwealth of the Northern Mariana Islands
Territory of Guam
Yap, Federated States of Micronesia
Selected Publications
Sam Edwards, The Right to Privacy Is Dying: Technology Is Killing It and We Are Letting It Happen, in Ethical Issues and Citizen Rights in the Era of Digital Government Surveillance, 103-126 (Robert A. Cropf & Timothy C. Bagwell eds., 2016).

Sam Edwards, Freedom of Speech and Assembly in the Digital Age: How the United States is Struggling with the Digital Revolution, in Revolutionizing The Interaction Between State and Citizens Through Digital Communications, 150-175 (Sam Edwards & Diogo Santos eds., 2014).

“Protecting Culture and Marine Ecosystems Under the Law in Micronesia,” International Journal of Cultural Property, vol. 19, no. 2 (May 2012)

“Interfaces for trust: the effects of the medium in online communications” Cyberweek 2012 National Technology Center, University of Massachusetts and Creighton U (Fall 2012).

“The effect of technology on addressing emotions in dispute resolution: using the right tools for the job” Cyberweek 2011 National Technology Center, University of Massachusetts and Creighton University School of Law’s Werner Institute for Negotiation and Dispute Resolution (Fall 2011).

“A Multi-Cultural Look at Forgiveness and Apology” Forgiveness Forum For Professionals (Spring 2011).

“Google Wave, the future, and other tools, here and now, for collaboration online in mediation, arbitration, negotiation, public policy making, and other processes for dispute resolution and problem solving.” Cyberweek 2009 National Center for Technology and Dispute Resolution, University of Massachusetts (Fall 2009).

As a part-time administrative hearings officer I presided over contested case hearings and issued binding decisions and orders. To prepare me for the position, I had extensive training under the Federal Department of Vocational Rehabilitation.

During law school I completed an externship on the island of Yap. After passing the Yap bar examination, I worked half-time as legal counsel to the EPA and half-time as a public prosecutor. I prosecuted violators of environmental rules and regulations, drafted some of Yap’s first environmental regulations, trained EPA staff, and represented EPA in negotiations with violators. As a public prosecutor I prosecuted criminal misdemeanors and felonies; advised state agencies; drafted legislation; and argued motions.

Sujata Gadkar-Wilcox is Associate Professor of Legal Studies at Quinnipiac University and Director of the Global Engagement Fellows Program.  Sujata teaches courses in Comparative Constitutional Law, Constitutional Law, Public International Law, Human Rights Law, and Introduction to Law, among other subjects, and serves as the faculty advisor for the mock trial team.  Sujata received the James Marshall Award for Service to the Quinnipiac community in 2017, and served as a faculty fellow with the Albert Schweitzer Institute and an associate faculty fellow with the Collaborative for Interdisciplinary/Integrative Studies.  She workswith students to implement principles of Community Action Planning in the local community, and has organized seminars on human rights, development and community action, held at the United Nations, and has taken students to Oxford University for seminars on humanitarian ethics.

She received her BA in Government from Cornell University and her JD from the University of Pennsylvania. Sujata is a Fulbright-Nehru Scholar, the Executive Director of the Oxford Consortium for Human Rights, and a Carnegie New Leader with the Carnegie Council for Ethics in International Affairs.  Prior to coming to Quinnipiac, she served as the Program Director of Juvenile Law, a non-profit legal education program helping students understand their rights and responsibilities under the law, and before that worked as a litigation associate.

She has presented papers, given podcasts, and published articles on domestic violence law in India, First Amendment jurisprudence in the United States, and legal pluralism in constitutional discourse.  She is interested in understanding how different voices and perspectives came to shape constitutional principles and conceptions of justice in both the United States and Indian Constitutions.

I am currently an Associate Professor of Legal Studies at Quinnipiac University.  I am also the Co-Chair of the Academic Integrity Board and Integrity Education Council.  I have been teaching both law students and undergraduates for almost 20 years and specialize in skills-based legal courses.  I am also a trained mediator and mediation trainer and have worked helping parties resolve their own disputes for over a decade.

My research areas include legal history; education law and policy, and applied legal storytelling.  I have also published and presented around the country in the area of legal writing pedagogy.

I am currently an Associate Professor of Legal Studies at Quinnipiac University.  I am also an attorney, admitted to practice in New York and Massachusetts.

My scholarship lies at the intersection of health and law.  My most recent publications focus on how the Americans with Disabilities Act has mediated the experiences of disabled nurses and nursing students.   I have also presented on the Framework Convention on Global Health as well as Health Impact Assessment.